Who, Why and What 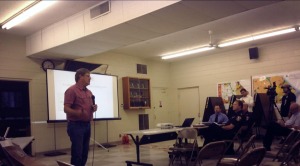 We are a collection of parents, grandparents, single heads of households, taxpayers, renters, farmers, business owners and workers from Caledonia, Wisconsin. Since 2007, we have sought ways to establish our own school district.

During our first attempt, it became clear that the unified district to which we belonged had no intention of approving our move. According to existing state law, their approval is required. In addition, we needed to gather nearly 10,000 signatures from the entire district in a short time.

We are now much larger and more organized than the last time, but rather than approaching Racine Unified we are seeking a change in the state law itself, so that Caledonia may rightfully decide on its own to accept or reject the creation of its own school district.

Our mission is to capitalize on becoming a village in 2006 to foster a stronger sense of community, move accountability closer and give our current and future residents something to call their own. We also succeed when the city of Racine succeeds. High unemployment is felt by the entire area, and is made worse by a business community that cannot hire a well-educated workforce unless its schools produce them. We believe that Racine faces unique, local challenges that will be better served by a smaller, manageable district.

Several former members of the school board, principals and teachers agree – Racine Unified would be easier to reform if it were smaller to manage. 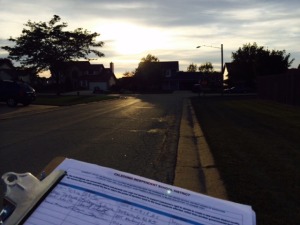 THE TIME HAS COME

We have an ambitious goal. That goal is to both encourage a slight change in state law to allow a few of several districts the power and autonomy to decide their own educational choices, and to establish a destination district in Caledonia, Wisconsin.

After becoming a village last decade, we started to become something more than a bedroom community between Racine and Milwaukee. We have a heritage of farming, love for history, equestrian values, baseball, neighborliness and low taxes.

The future of our community is built upon people with children and careers that cannot be easily found in a community that lacks its own school district. It is for these reasons that a large group of involved citizens and engaged parents have decided to pursue the creation of their own school district.

We must begin on STEP A, which is CHANGE THE STATE LAW (copy of statute 117.105 HERE) that governs the creation of new districts. In this pursuit, we are encouraging you to email your government leaders. Not all of these leaders have jurisdiction over education, but they walk, meet and have an influence in the flow of information and requests from state government leaders.

Please email them and tell them you want the power to create a school district returned to the people that desire it.

Mobile-friendly version can be found HERE.