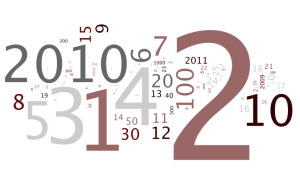 Families are either leaving our village or leaving the district in droves.When you’re losing population and getting older, there’s only one way your community can go. Since our last attempt at restructuring RUSD in 2008, the Open Enrollment numbers have increased nearly 400 percent! Countless parents have grown frustrated and found other options, avoided our village to begin with or left after years of waiting.

Supporters of the status quo cite anecdotal evidence, and rightfully note great teachers and excellent students that have made their way through RUSD. But our system is made or broken on the results of the majority in the middle that the system is not serving effectively. This year’s district “report card” was again embarrassing, and after decades of mediocrity and failure it’s not improving. The state report cards by district can be found HERE.

And RUSD has not been forthright in the data needed to establish this argument, other than a few random facts. Their method has been lack of information. If the problem isn’t known, it doesn’t exist, they think.

Fortunately, the numbers we can collect are verified with RUSD. And they are daunting.

THOUSANDS ARE NOT BEING SERVED

Of our estimated 4,000+ students, approximately 40-45% seek enrollment elsewhere or homeschool, leaving nearly half the district in a place of paying education dollars they cannot directly benefit from. These are more than a small handful of students, and indicate that there is a need for an alternative. While thousands in the area seek education through private, school choice or homeschool options, almost 7% of eligible RUSD residents remaining are now leaving the district for open enrollment in other villages and cities. It needs to be addressed.

Upon a split, Caledonia would gain the four schools in its boundaries, plus one 26 acre lot. Because of the assets v. liabilities equation, we would likely get a payout of $40-60 million. These numbers would be verified upon updating our 2008 WISTAX study. That study can be found HERE. Some leaders are looking to update this study on the bones of the old one to reflect current state and local financing models.

A NEW HIGH SCHOOL WOULD BE BUILT, FINANCED BY WINDFALL/SAVINGS

The only missing facility would be a high school, which could be paid for with either the windfall cash or savings from returning education tax dollars to our own district. A new HS would likely cost between $65-75 million. Proposals range from 5 1/2 Mile & Novak to 31 & 4 Mile. Wherever a new HS is located, it will serve the entire community, stretching 49 square miles between the lake and I-94.

The creation of a new district would allow Caledonia to establish its own identity, attract families of all income levels and demographics, retain the families who have the wherewithal to move and to have a good, local, accountable school system for businesses to market for their clients and employees.

Friday night football, community center days, school programs, mascots and regular fare will now bear the name of Caledonia. It’s as American as apple pie. This kind of identity is what we seek.

It is no secret that the key to healthy communities and growth is a good school district. Our parents want a choice, and we are seeking the ability to make that choice.