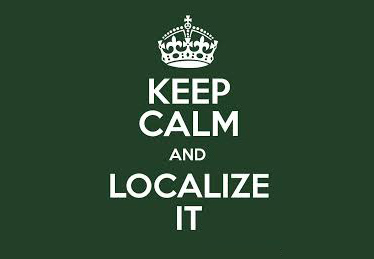 The first public school in America was founded by Rev. Philemon Pormont, on Causeway Street in Boston, Massachusetts in 1635. It’s most famous alum was a dropout that instead went early into business, by the name of Benjamin Franklin.

For centuries, education has been as local, backyard and accountable as it gets. And nothing shapes a child’s mind, or their future like the education they receive. Public school has value. People have dropped the ball on using this tool and it’s policies to raise a responsible generation, and as a result, progressive-minded reformers have brought about more centralization, more standards-testing, more bureaucracy and more limitation.

Teachers can no longer teach a child how to learn. They teach to pass tests.

For this reason, reformers have always pushed for EVEN MORE centralized “accountability” and “standards.” The consolidation movement that began in the 1950’s lasted for well over four decades and saw increasingly larger districts. The number of school districts was then reduced from approximately 128,000 in 1930 to 36,000 in 1960. There are fewer than 16,000 today.  (1)

But other than a few saved dollars, has this been a good thing? And are we still seeing those savings today? Occasionally, consolidation becomes less efficient.

Many local residents have seen a decline in personal and school pride, competitiveness, accountability and the teacher/family relationship inherent with a neighborhood school. Things like community identity, transportation, home value, cohesiveness, citizen participation and education performance are affected by the decisions to further centralize administration and funding.

Desegregation was a driving force behind consolidation decades ago, and local governments made adjustments to carry it out. Regardless, that was 40 years ago. Any government goals to create proportionate equality have long been achieved.

Since 1979, the U.S. Dept of Education has shown the foolhardiness of well-intended intervention. Since then, drop out rates have increased, performance has decreased, innovation has ceased altogether and hope is at an all-time low. Centralized “experts” and practices have replaced real teaching and learning.

It appears that this has done little to improve education, and though correlation is not tantamount to causation, the trends indicate that as administration, funding and standards become more centralized, the one-size-fits all mentality increasingly handicaps our teachers and education leaders on the ground. Our kids and families are suffering, and as a result, our communities are becoming less functional. Balkanization is occurring, despite the attempts to avoid it.

A COMMUNITY WANTS THE RIGHT TO VOTE

Caledonia, Wisconsin is one such community that is seeking a change to the status quo. In the early 1960’s, a rural town of 11,000, Caledonia complied with state law requiring consolidation if a town lacked an existing high school. The decision to join Racine’s district was an economical one. But now, the town is much larger, and as of 2005, they also became an incorporated village.

Caledonia is a self-sustaining community, with it’s own police, fire, highway dept, municipal courts and even it’s own utility district. So, for about ten years, a group of citizens have been pursuing it’s own school district as well. It just makes sense.

The problem is that state law is written in such a way to make such moves almost impossible. The existing bureaucracy must approve by a 2/3 majority, or it will not have a chance. After the first attempt failed in 2008, citizens are now pursuing a law change to allow their village the right to vote on whether to create a district. They want to remove veto power from the existing problem, and return it to the people themselves. Part of this process would include a feasibility study, public hearings and additional referenda.

But the machine is working hard to make sure it cannot happen. Even Caledonia’s own state Assemblyman has taken steps to mislead the public with statements easily proven false. While 2,500 voters approved a referendum to pursue an independent district, others are trying to sow doubt and discord. This has caused division our village is not used to.

The argument is simple: people want their own district, schools, shorter drive times, community identity, and an improved outlook for their village. While status quo defenders ignore the benefits THEY receive, they accuse supporters of “segregation,” “elitism,” and even “racism.” Its time for such immaturity to stop.

Many are tired of having to defend their positions and goals against bombastic and irrational claims. Perhaps these parents just want a better community to feel engaged in, schools that reflect their values, and want to feel safe. They probably want to know every desire for their child’s education is being pursued. These things become harder, to the point of impossibility when you move those decisions further from the parents and teachers.

We absolutely agree, but without a system where parents set the terms, not the administration, they are less likely. And regardless, that argument is faulty. How many times have we heard, “my kids did great, because I was a good parent?” We’re told that “kids will succeed if they have parents who support them.” Sure, it’s a symbiotic relationship. Teachers and parents are interdependent. But the more you remove the autonomy of parents and teachers, the more effort that interdependence requires. So why work so hard to dismiss changes parents want?

As Wisconsin Assembly Speaker Vos has stated, “it shouldn’t have to depend on the fortune of kids [or their parents] to survive school.” We couldn’t agree more. State leaders, including Vos and Senator Van Wanggaard have expressed support for a change, allowing Caledonia and other communities to decide for themselves. While the local village debates a required study, we urge every lawmaker in the state to stand behind local communities asking for their own responsibility.

It’s time to move forward, not bury heels in the sand.

Citizens For A Caledonia School District